Why Would My “Representative” Want to Do This?

In a previous letter, I identified several concerns I have with Garkane Energy management practice. The concerns mentioned included the use of a portion of member power charges for purposes other than paying down power costs, misrepresenting the nature of unclaimed property, and implementing a property ownership transfer in secret.

Accusations aren’t worth much unless they are accompanied with credible evidence of their truth. So, is revenue collected in cooperative member power charges being used for purposes other than power costs; and, do those uses represent a significant loss to the co-op? The answer to both questions is “yes.” Proof of the first accusation lies in the wording of H.B. 266, crafted and lobbied by Garkane boards and CEOs. The Bill, lines 363-372 states: “A cooperative shall retain an unclaimed capital credit. A cooperative shall use the proceeds of a retained unclaimed capital credit to: pay all or a portion of a low-income individual’s utility bills; provide scholarships to graduating high school seniors in the area where the cooperative provides service; or provide financial assistance to, in the area where the cooperative provides service; a school; a non-profit organization; or a community organization.”

No authorized uses identified in this bill pays down power costs. All allowed uses are a loss to co-op members. (Don’t forget, unclaimed property equates to an unreturned margin management promised to return. H.B. 266 subverts and terminates the return process.)

As justification for transferring property ownership from rightful owners to the board and CEO, we were told the action rescued property that was being spent outside the service area; but, that was not true. State Code 4a requires businesses to remit unclaimed property to the Utah state treasurer. Utah Code 4a designates the state treasurer as a guardian of owner property and specifically declares that the State is NOT an owner of unclaimed property. If the state does not own unclaimed property, how can the state spend it or authorize a cooperative to retain it and use it? Furthermore, IRS Code 501-c-12 requires nonprofits to return margins to members. If federal law requires the return of margins to members, policy should accomplish it. (Federal law preempts state law.)

Regardless of legality or illegality, Garkane boards and CEOs have contrived and implemented a scheme to take from cooperative members, raising power costs. No matter how you cut this, a portion of member power charges is being used for purposes other than to pay down power costs. This was done in secret. (I searched all Garkane Highlights publications during and around the time this scheme was being implemented. Members were not informed.)

Billing members for power and using a portion to gift targeted recipients forces all cooperative members to contribute to a director campaign fund. Garkane management has “retained” and “used” approximately $1,350,000 since this scheme was implemented. We are being billed for power, but unknowingly forced to fund something else. No wonder current administrators and former affiliates wish to keep this secret and post an untrue “use or lose” narrative as justification.

Why would my “representative” want to do this? 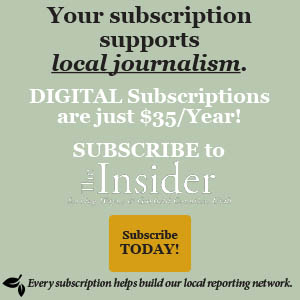 You have 5 free articles left!